Live performance in Juárez and El Paso sounds like resilience and looks like resistance. It gives us insight into ourselves and a deep, rooted connection to our community.

We asked local artists to describe their home. These sounds, images, recipes, and letters are El Paso / Juárez.

These bridges, both physical and metaphorical, serve as the framework upon which our narrative is weaved. How do we, as a border community, fight for our humanity in our daily lives?

by Edgar Picazo Merino: Can survive on bean burritos

When you were growing up people called you ugly. Fea.
And for a long time you believed them.
And I confess, I believed them too.
I was ashamed of you.
I left you for some of the most beautiful cities in the world. Florence. San Francisco. Jerusalem.

But I kept missing you.
You called me back to you through my dreams.
And when I returned I saw you with different eyes.
Your beauty grew on me.

You’re a city who has been wounded. Your body has been slashed right down the middle several times. You’ve been fragmented with barbed wire, rusted pieces of iron and two names. As if you weren’t one and the same. Men have inflicted violence on you and left their scars.
Your traumas are my traumas.
They endear me to you. I can’t help it.

I’ve spent a lifetime rediscovering everything you’ve been through, from time immemorial.
I want to know everything about you.
Every single detail. Your geological layers. The footprints left behind by giant reptiles next to Cristo Rey, the mountain that was once below an ocean.
I want to inhale your creosote bushes,
healing plants that make the desert smell like rain.

I’m curious about your past.
Of the people you’ve known, those you gave refuge to, those who used you to escape, those who passed you by without noticing, those who took care of you and those who in their haughtiness thought they could conquer you, extract everything from you, leave you empty.  Scavengers, Apaches de paz, slave traders who wrote Latin cantos, cattlemen, curanderas with powers of astral projection, migrating birds, Chinese railroad workers, wounded souls, tuberculars, prophets and poets. All of them left their marks on your body.

I wish to know every single inch of your terrain. Experience them with every one of my senses. I walk your streets in search of your poetry. Every zone and every layer reveals a different part of your hidden soul. The brick buildings in the Segundo and the adobe Casita Gris that served to launch revolutions, the dance halls on Second Street where Pachucos boogied, the long forgotten remains of bridges under invisible river banks in Duranguito, the sunken graves in la Calavera of generations of astronauts lost in space, the dunes of Samalayuca, the seashells in the Sierra de Los Mansos, which the Apaches called Mountain that Points to Water, testa ho’ka.

I can barely hear the music of forgotten Native words in your streets. Like the whisper of a distant wind. Ocae, arrow. Himapao, moon. Arre, yes. Tope’o’i, woman. Slivers of sound, fragments of our former selves, that slip our memory like grains of sand through our fingers.

A recipe for burritos 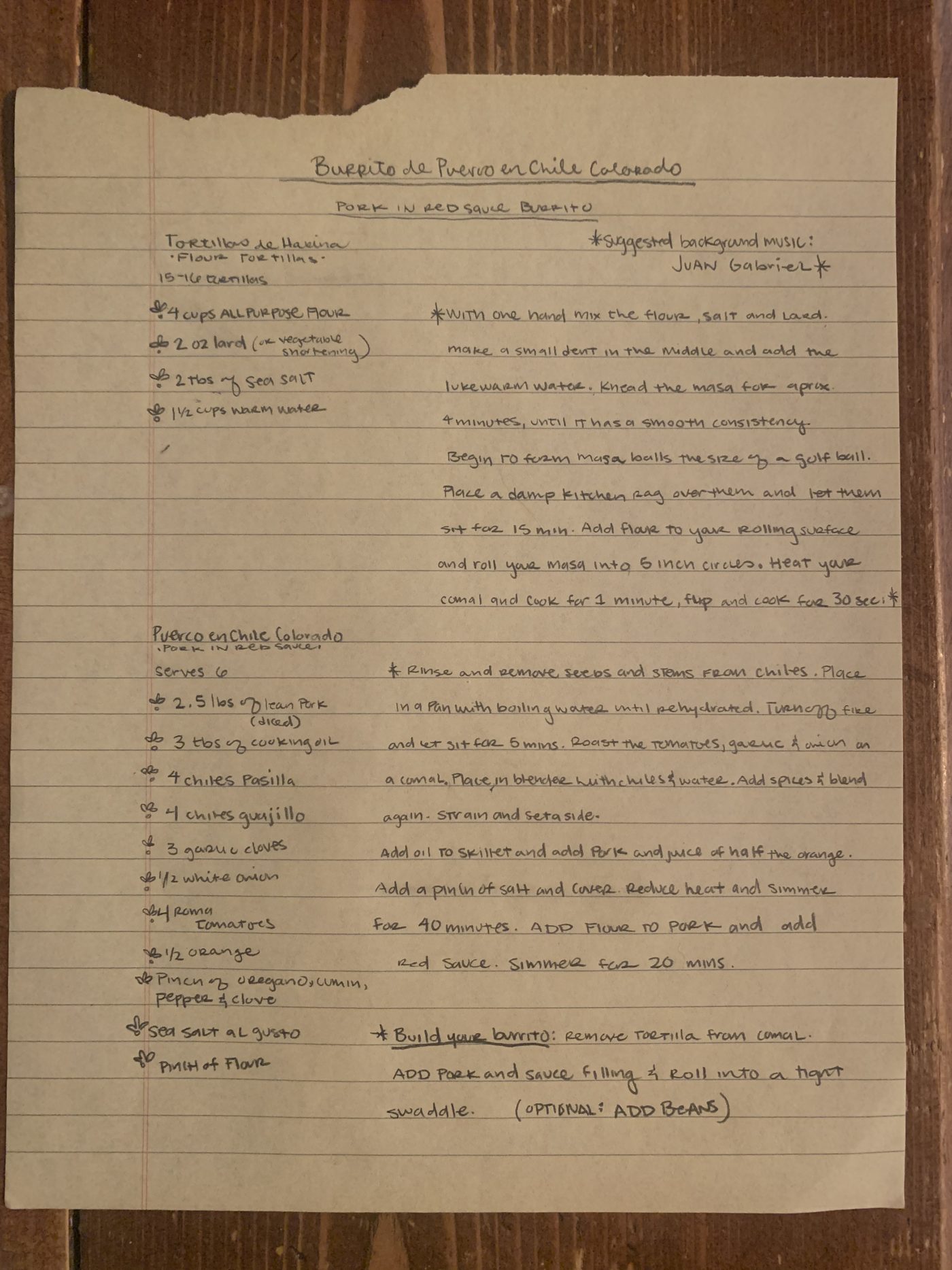